To get to the next part of our Sri Lankan adventure we were back on a bus, heading from Kandy to Polonnaruwa. Another 4hr bus journey. This time we made friends with the local sitting next to us on the bus, gave him some of our German sweets and he let us try some of his Sri Lankan unhealthiness. About an hour away from Polonnaruwa one of us got very excited as there was a real elephant standing at the side of the road. This excitement was made clear through a squeal, which the locals chuckled about, being used to seeing elephants around. Once we got to where we had to the bus driver threw out our suitcases and was already driving off while we were still trying to get off the bus.

The next morning, we got ourselves a tuk tuk for the day and started our journey off at the Ancient City of Polonnaruwa UNESCO World Heritage site. We definitely recommend having some kind of transportation as the ancient city covers a big area. The most famous of the Ancient City of Polonnaruwa is the big reclining Buddha, Gal Vihara, part of a temple and one of four Buddha’s carved into the rock. 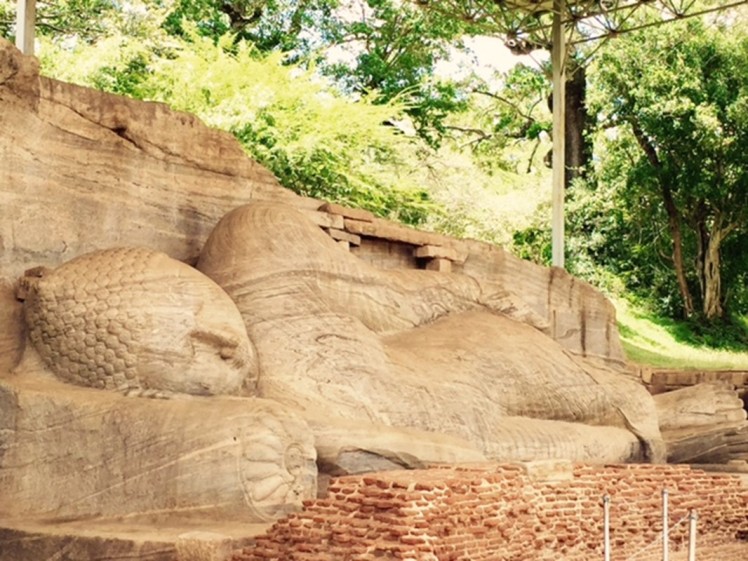 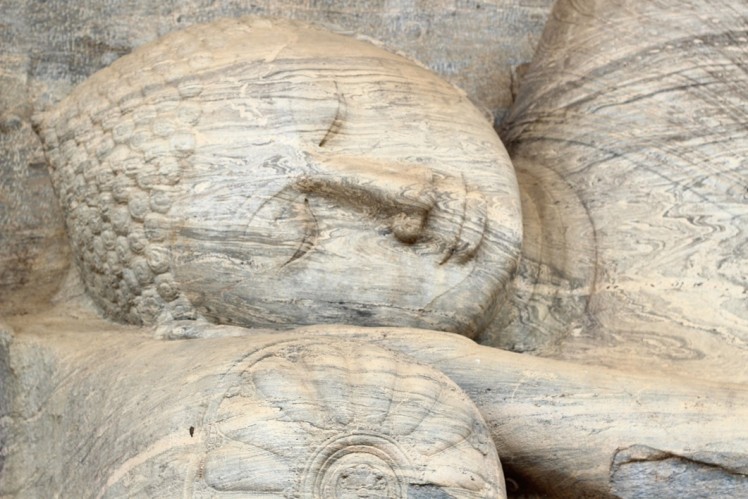 The Ancient city is made up of former temples, houses and the Palace of King Parakramabahu. 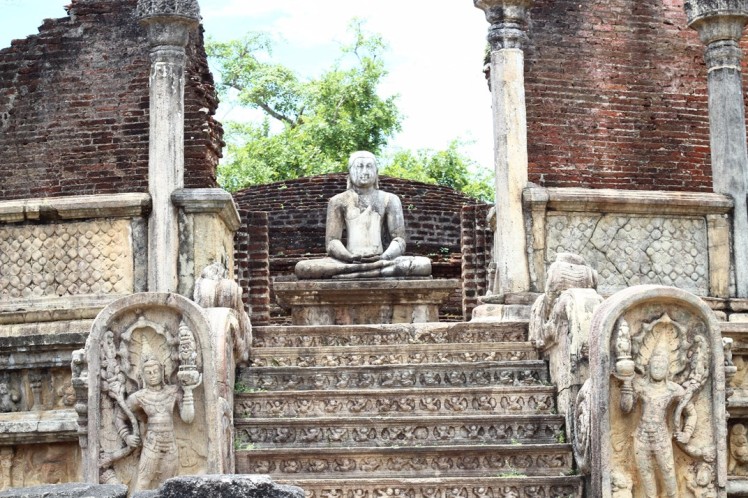 At the entrance of the ancient city, when buying the ticket ($25), the Archeological museum is just next door, we went and thought it was worthwhile. After spending half of the day there, our tuk tuk driver took us to Sigiriya. On the way there we passed an elephant standing at the side of the road.

Sigiriya was not on our list of things to see, but our tuk tuk driver luckily strongly recommended that we should go. And we were happy that we did, though climbing up all the steps to the top of the rock was not the easiest, but a good practice for the torture that was Adams Peak… The entrance to Sigiriya is ($30). If you are scared of heights, we recommend to skip this. Coming down, the steps, hanging at the side of the rock, take you back down the rock.

The rock from afar

The steps leading up and down, with vertigo not the best.

Sigiriya was apparently selected by King Kasyapa as his new capitol where he would build is palace on the top of the rock. One of the other attractions of Sigiriya are the paintings on the sides of the rocks he had painted. 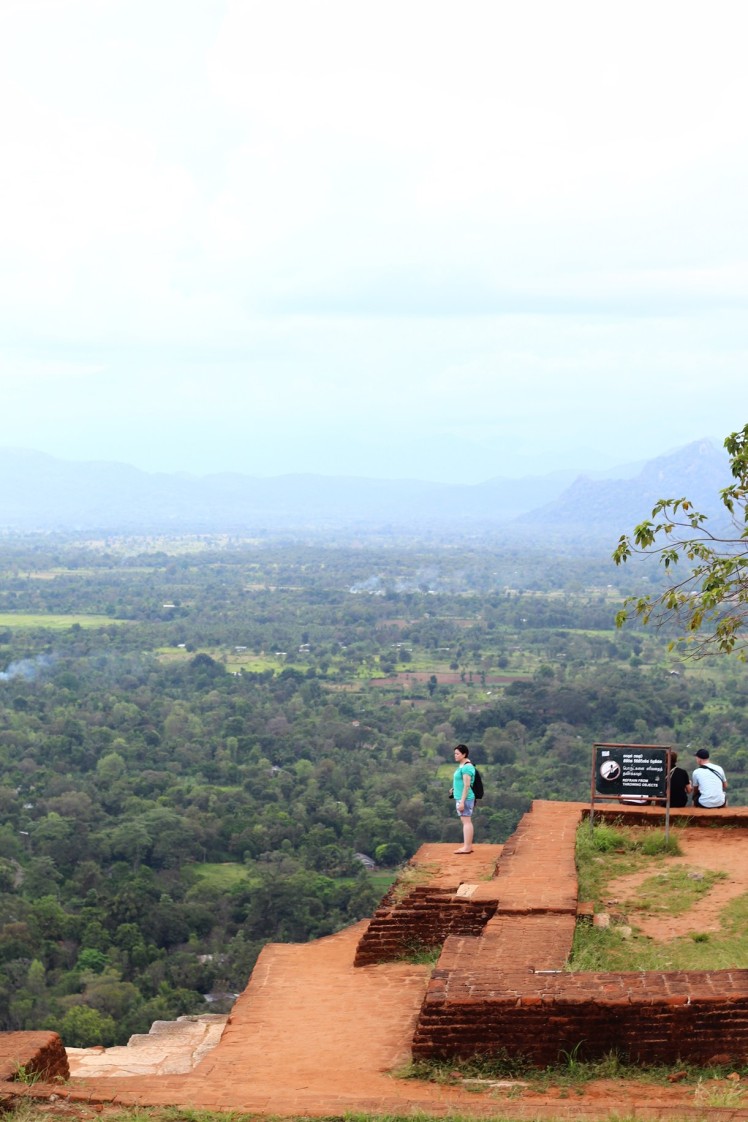 Once back down we made our way back to our hotel and had another lovely curry dinner before heading back to Kandy early the next morning (this time by car), to catch our 9 am train to Hatton.